Home Puzzle Refer & Earn Spin & Win About Us Contact Us The first look of the 2020 Hyundai i20 got us excited. But, with its extensive feature list and powertrain options, it was evident that the newborn Hyundai was going to cost a bit more than the competition. The price reveal shocked many potential buyers as the i20 ended up asking for a premium of up to Rs 2 lakh over other potent cars such as the Baleno and Altroz. Even if you keep aside the turbo-petrol variants, the premium still extends up to Rs 1.5 lakh. Is the i20 really that special a hatchback and how much of that translates into everyday usability for you?
The i20 now feels like a grown up hatchback and not just in terms of the features, space and looks, but also the powertrains on offer. The 1.5-litre diesel engine is super refined and feels like the best all-rounder in the lineup. It does city duties well and proves to be an able highway cruiser. The 1.2-litre petrol CVT feels more apt for the city. Its refinement and power delivery won't let you complain while commuting, but leave a bit to be desired on the highways. The 1.0-litre turbo petrol is exclusively for people who are looking for the thrill of a sporty engine and are ready to pay the premium for it. And while this engine is plenty fast, the driving manners of the i20 pull it back from being an outright fun enthusiast car.
New Hyundai i20 Engines
In terms of mechanicals, the third-gen Hyundai i20 is being offered with two petrol and one diesel engine options in India.
The petrol units in question will be a 1.2-litre, four-cylinder naturally aspirated petrol which is good for 83hp and 115Nm of torque. There is also a 1.0-litre, three-cylinder turbo-petrol engine that produces 120hp and 172Nm of torque.
In terms of gearbox options, the 1.2-litre engine will come with the option of both a 5-speed manual and a CVT automatic gearbox (which with 88hp gets 5hp more than the manual). While the 1.0-litre will come with a 7-speed DCT automatic gearbox (like in the Venue) and an iMT (clutch-less manual) gearbox.
The diesel engine in question is a 100hp, 1.5-litre, four-cylinder unit that is also present in the Venue. As of now, Hyundai only provides the engine with a 6-speed manual gearbox in the new i20.
The ARAI claimed mileage for the 1.2-litre petrol engine is 20.35kpl with the manual gearbox and 19.65kpl with the CVT auto box, while the 1.0-litre turbo petrol returns 20.25kpl with the DCT gearbox and 20kpl with the iMT. The 1.5-litre diesel manual has a claimed fuel efficiency figure of 25.2kpl.
New Hyundai i20 design
Coming to the styling of the all-new i20, it is much sportier and sharper than the Elite i20 it replaces. Hyundai has also made use of its ‘Sensuous Sportiness’ design language on the new i20. This has resulted in the new and wider 'cascading grille' design, new headlight and DRL design, as well as the new taillights with angular Z-shaped LED inserts.
The Korean carmaker will also offer the new i20 in six colour options including - Polar White, Typhoon Silver, Titan Grey, Fiery Red, Starry Night and Metallic Copper. Over and above this, the i20 is also available with two dual tone finishes - Polar White with Black Roof and Fiery Red with Black Roof.
New Hyundai i20 features
Hyundai has packed the new i20 to the brim with features. The top-spec Asta (O) trim gets a 10.25-inch touchscreen infotainment system with Android Auto, Apple CarPlay and Hyundai’s ‘BlueLink’ connected car features. This trim also gets a digital instrument cluster, a 7 speaker Bose sound system, sunroof, a wireless phone charger, ambient lighting and much more.
The new i20 also gets a number of safety features, including 6 airbags, ABS with EBD, electronic stability control, vehicle stability management and hill start assist, to name a few.
Hyundai is also offering the premium hatchback with up to 5 years warranty with its ‘Wonder’ warranty package, along with 3 years of roadside assistance (RSA), and a 3-year subscription to its BlueLink connected tech. Mahindra has launched the much awaited Mahindra XUV300 in February 2019.. Read More Tata has launched its most promising SUV, Tata Harrier in 2019... Read More Realme Narzo 30 series launch said to be in January next year.. Read More Mahindra India has announced a price hike for the Thar. Customers booking the Thar from December 1 will have to pay more for the SUV. Its previous pricing of Rs 9.80 lakh to Rs 13.75 lakh is applicable for bookings made until November 30... Read More

Now looking at this SUV car. It is a new generation car with a very smoothly designed interior. First looking at the interior of this car. This car has Tachometer, an Electronic trip meter which helps us to count distance we run or the distance from this place to this place which we are tripping... Read More Maruti Suzuki is not keen on bringing the present three-door version of the fourth-gen Jimny to the Indian market. There’s a possibility that we might get a bigger five-door version (the project has not been officially signed off) of the Jimny in the 2020-21 financial year... Read More 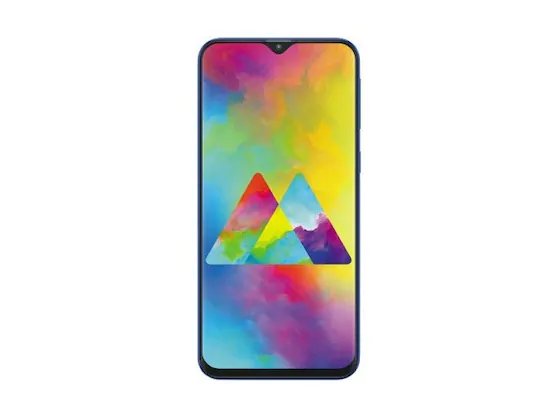 The Samsung Galaxy M20 is Samsung's attempt to take on Xiaomi, Realme, Honor, and Asus in the fiercely competitive low-cost market. It offers specifications that are good enough to match these rivals, plus a very modern all-screen look with a waterdrop-style notch... Read More